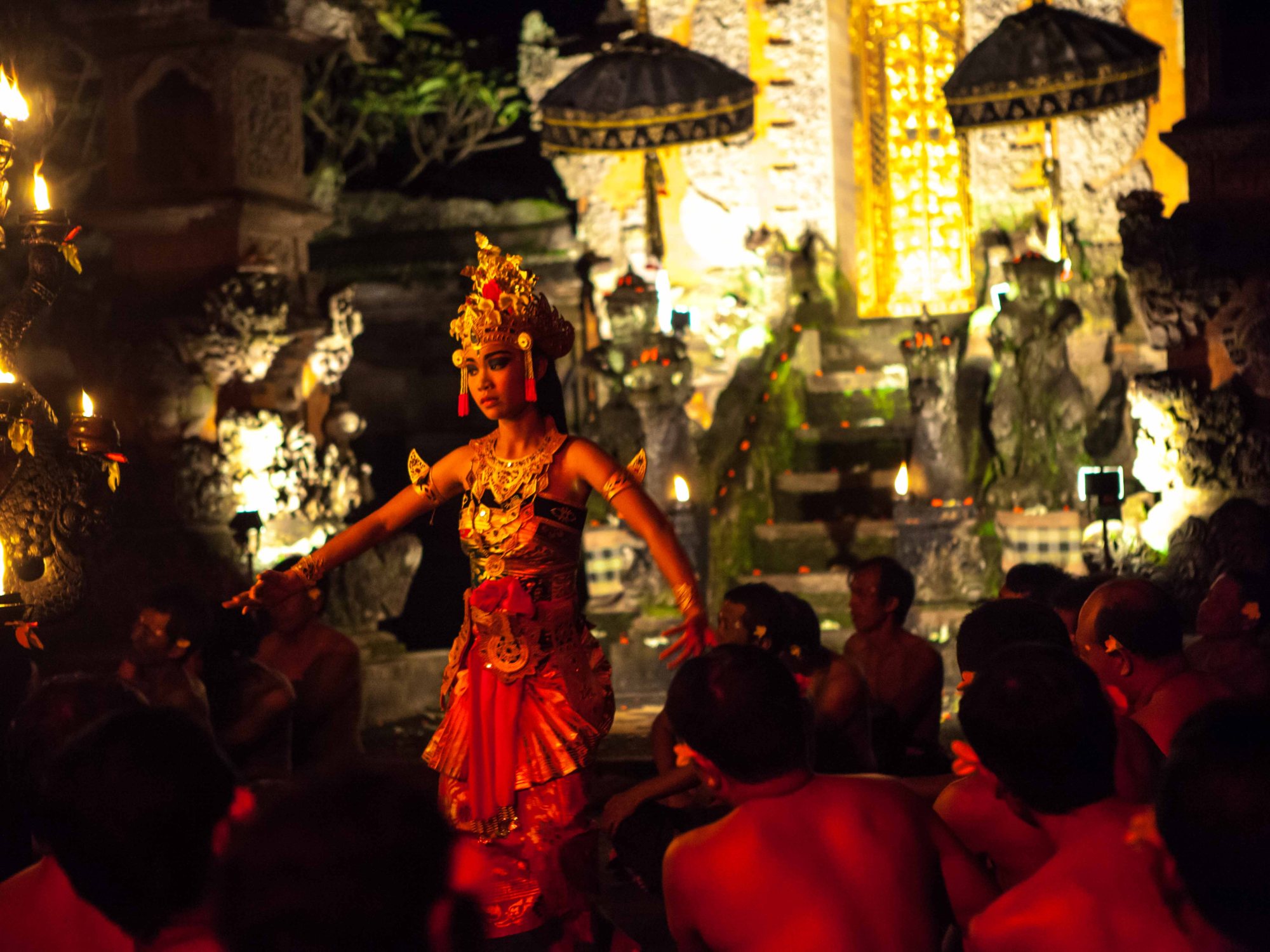 Kecak is a Balinese dance that was developed in the 1930s. The music is provided by a ‘gamelan suara,’ a choir of men sitting in concentric circles while swaying, standing, and lying prone throughout the story. 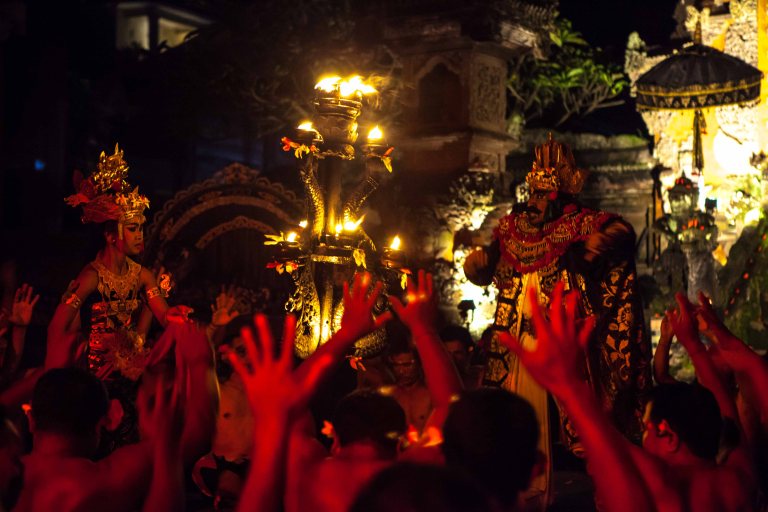 Seeing a Kecak is a ‘must do’ while in Ubud, and the one we attended at Pura Dalem Taman Kaja was incredible. The ticket itself cost 75k IDR ($6 USD) for 1.5 hours of entertainment. It would be hard to beat that value anywhere. 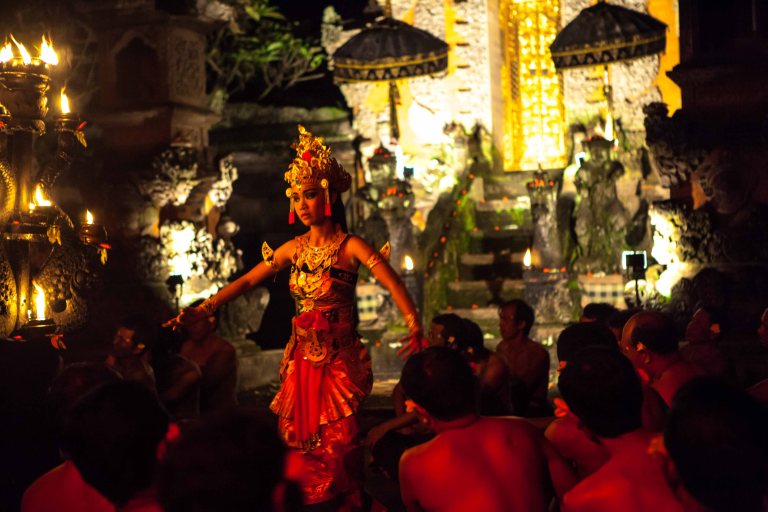 The story itself is an excerpt from the Hindu epic Ramayana. While I didn’t understand a lot of the story, it hardly detracted from the experience. 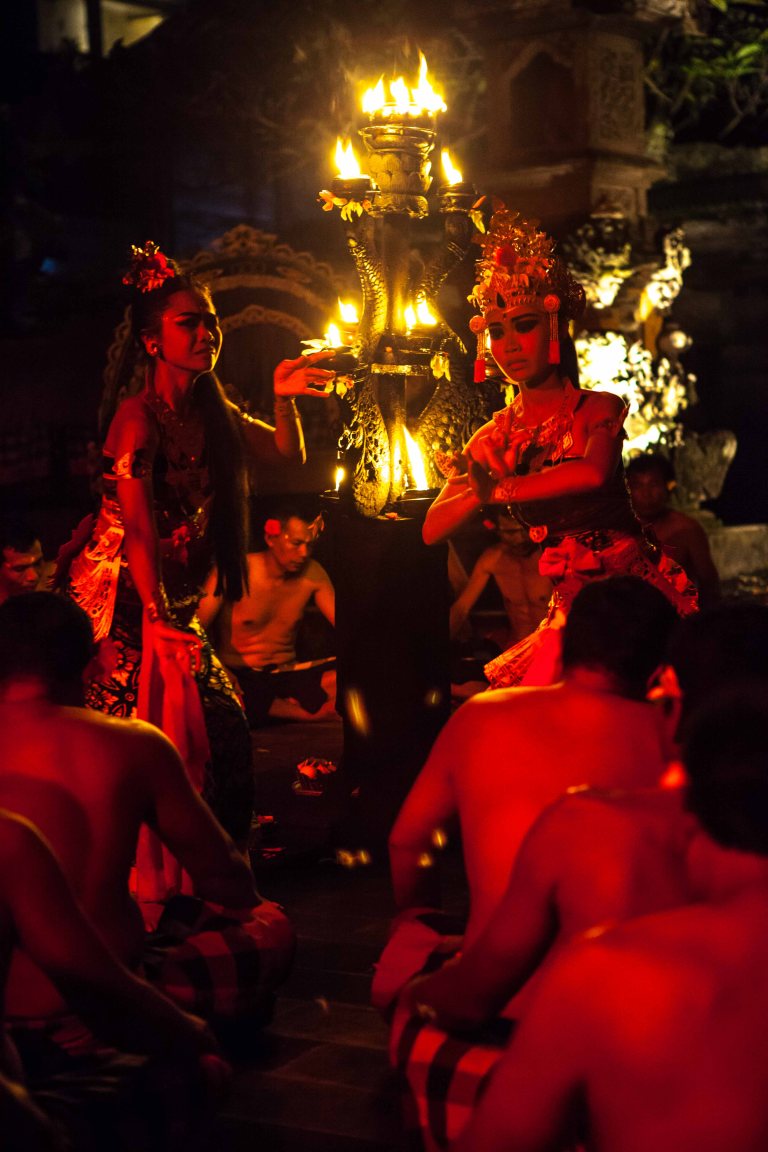 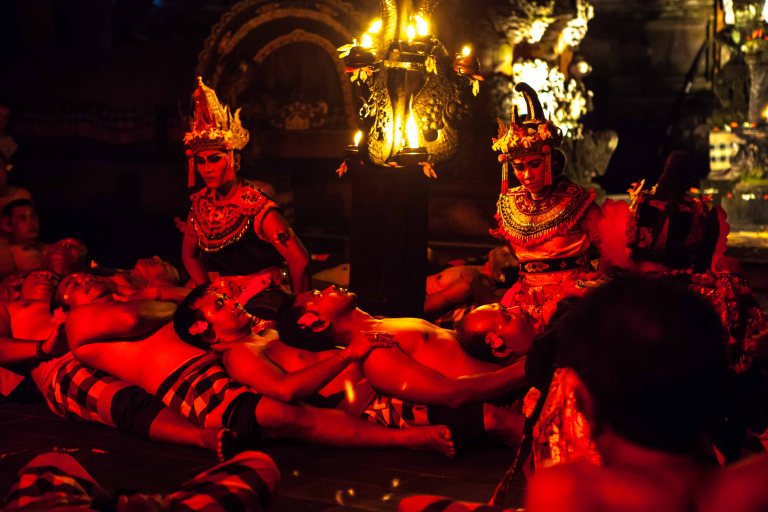 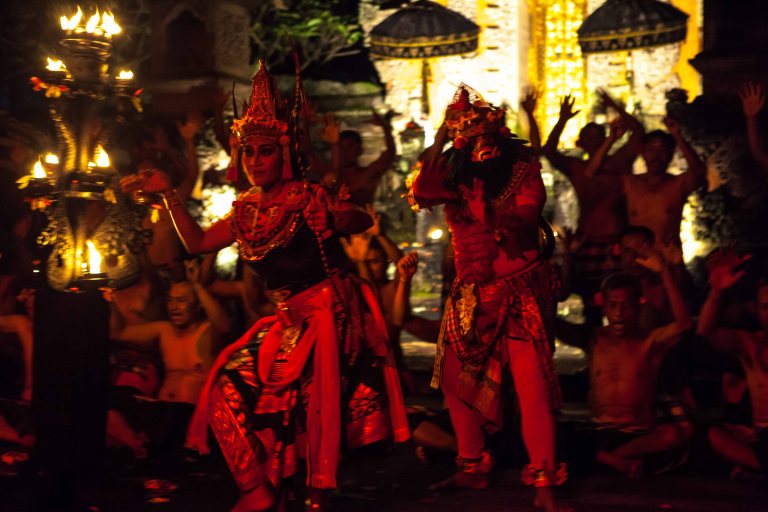 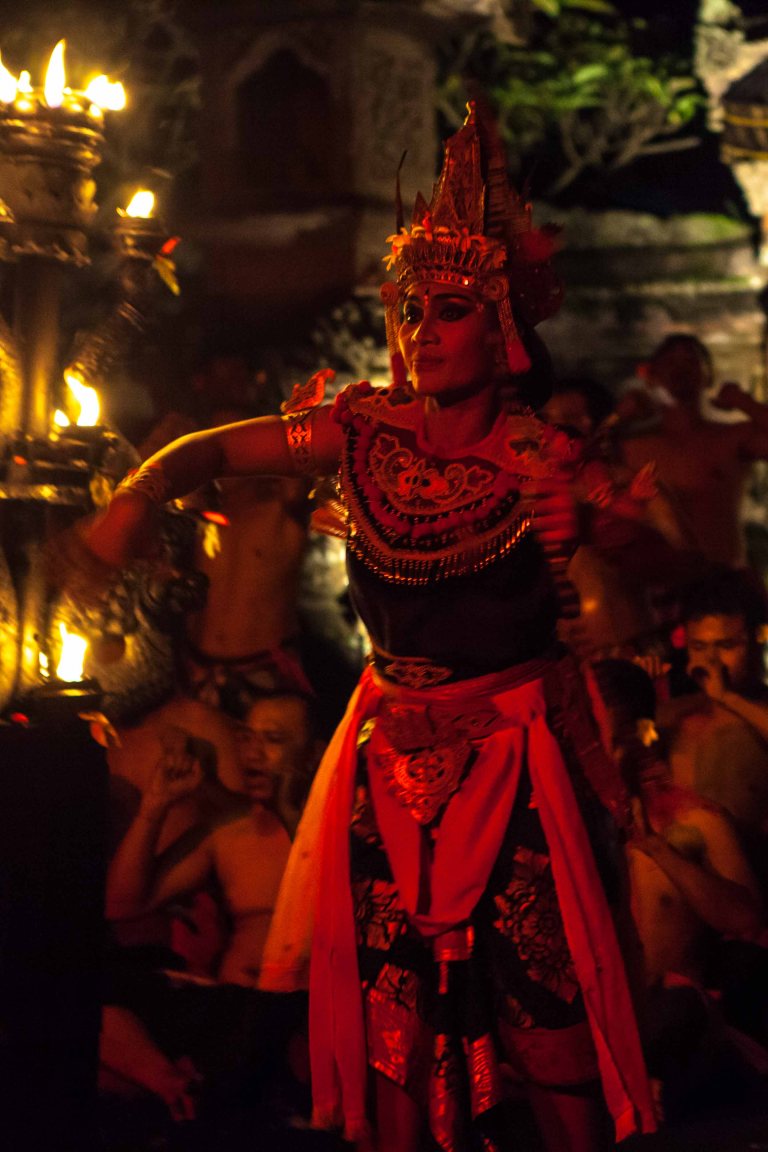 The finale was a ‘Trance Dance’ designed to protect society from evil forces and epidemics. In it the ‘horse rider’ is lulled into a trance by the gamelan suara and during his tranced state he repeatedly walks through a bed of burning coconut husks. It actually pained me to watch more than it seemed to hurt him to partake in. 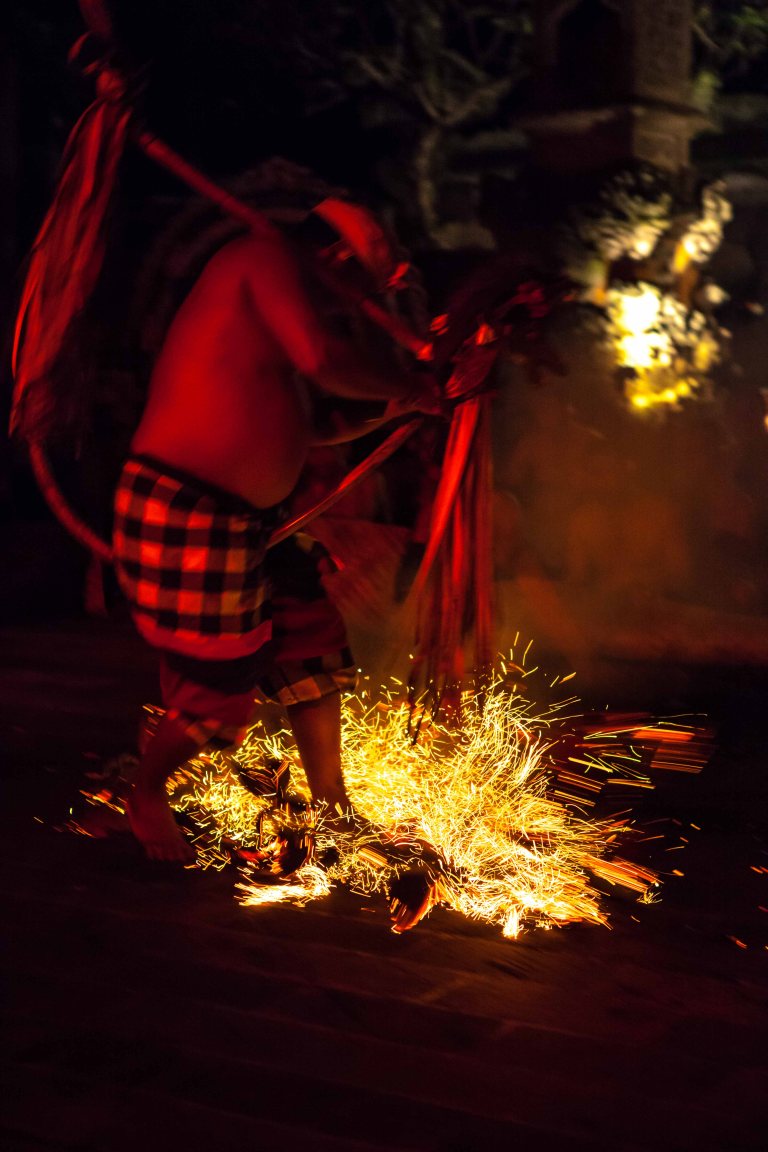 I’m not normally one to visit ‘tourist traps’, but watching a Kecak is a true depiction of traditional Balinese culture, and well worth your while to see if you’re in Ubud.