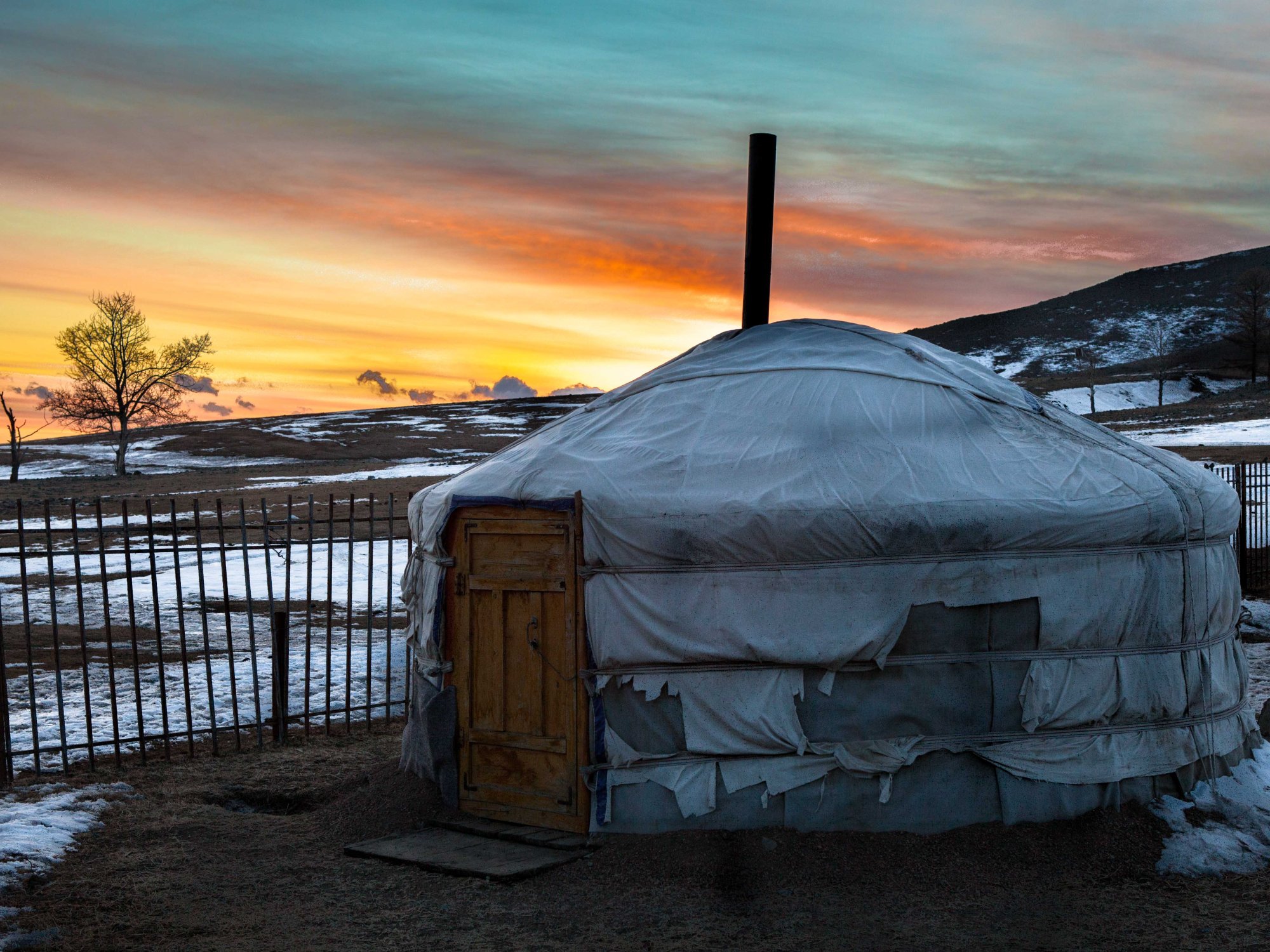 After Hong Kong, we flew to Ulaanbataar where we would board the Trans-Mongolian Express with the final destination (albeit with stops along the way) of St. Petersburg. We opted to spend a few days in UB with the intention of traveling to the countryside and experiencing a taste of rural Mongolian life.

I must say, transitioning from the weather in Indonesia and Vietnam to -25 Celsius with the windchill was an…adjustment. But, as Canadians will do, we donned our toques and headed out. 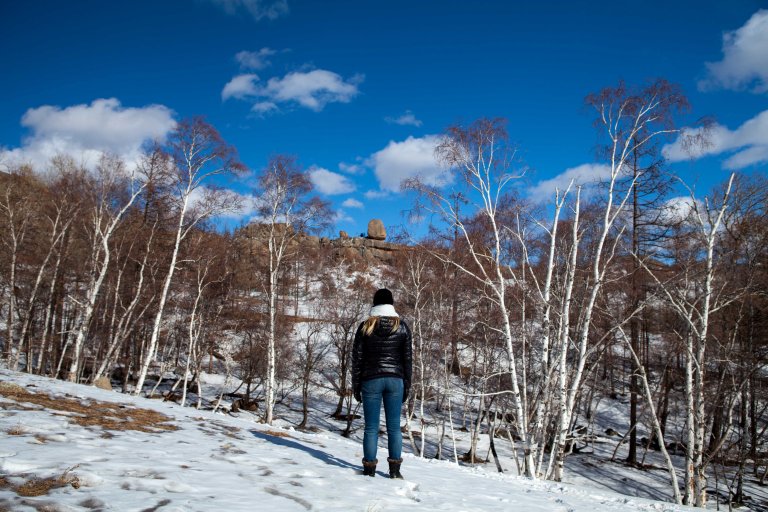 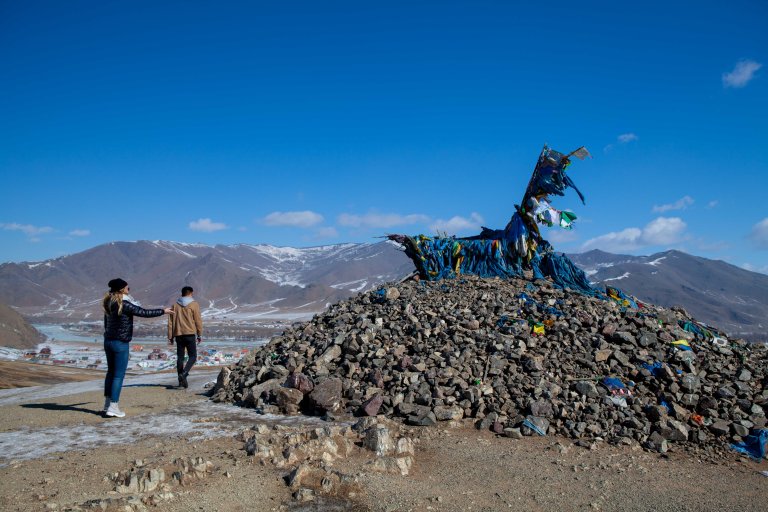 We decided to spend two days in Terelj National Park and hired a driver and guide to sort out the logistics for us. Mongolia has a storied religious history in both Shamanism and Buddhism, and along the way you come across many monuments to both of these religions. One of the most amazing Buddhist temples I’ve seen was called Aryaval monastery, in the park itself and situated like a puzzle piece perfectly into the side of a mountain. I’m not by any means religious but the energy of this place was undeniable. 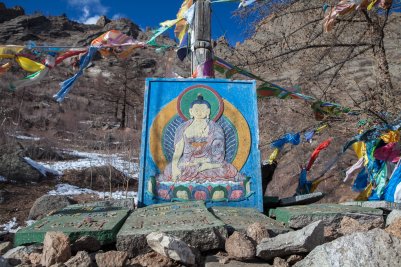 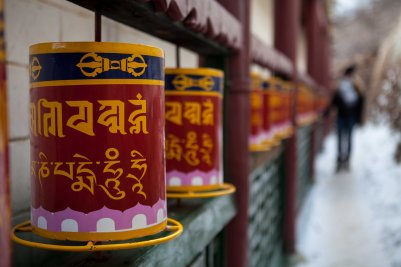 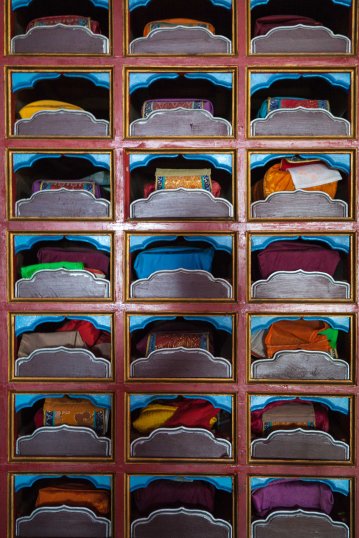 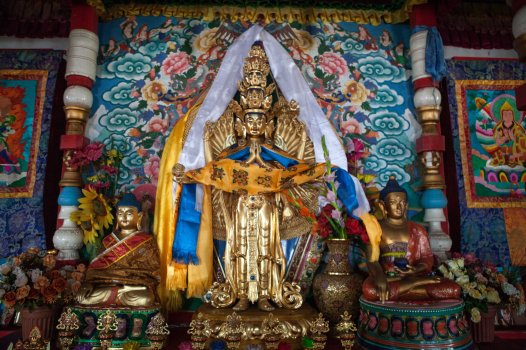 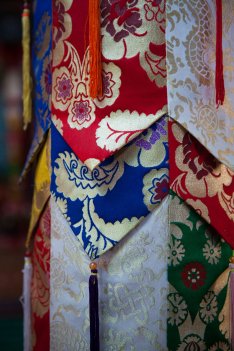 The positive association with the frigid temperatures was unbelievably blue skies that contrasted the snow dusted mountains beautifully. At every turn was a landscape to take your breath away. We even came across two bactrian camels in the forest which are just hilarious to look at. 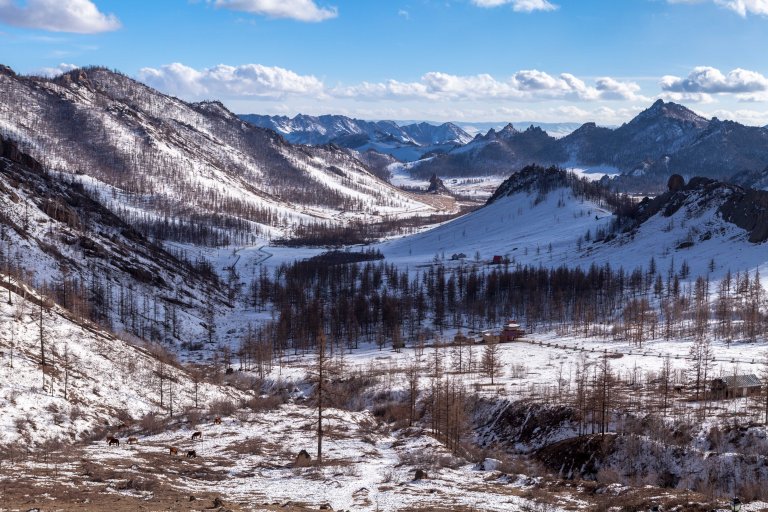 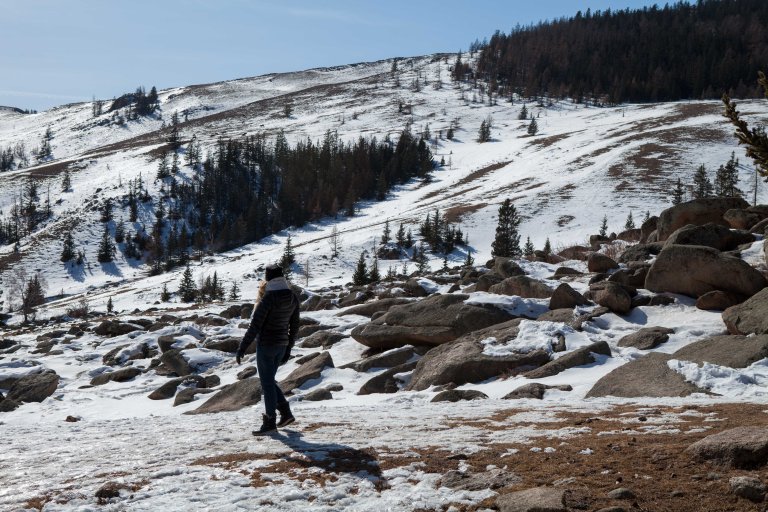 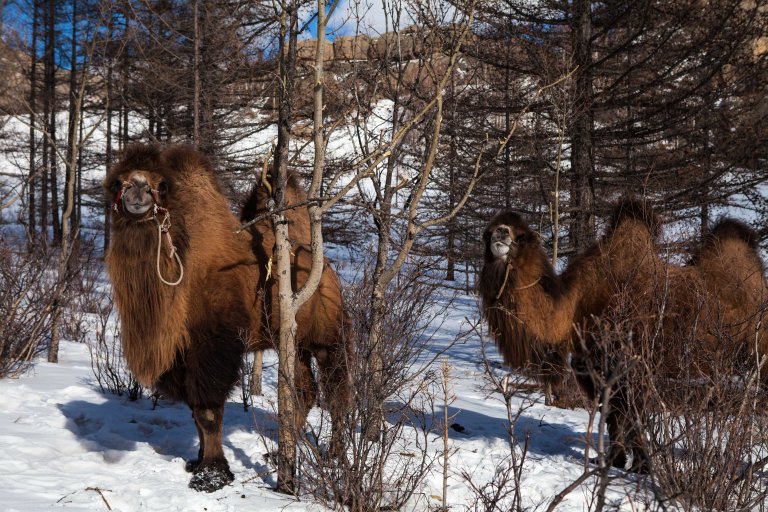 We had hoped to stay in a traditional ger and our guides sorted it out beautifully. We were invited to stay with a Kazakh family (Mongolian, but of Kazakh ancestry, and also Muslim in their religious beliefs, quite a rarity for Mongolia). One thing you learn quickly is that Mongolian’s LOVE meat. Our dinner was comprised of mutton, horse, cow heart, stomach, a fresh ‘pasta’ to wrap it in, and a few potatoes and carrots. It’s about as organic as it gets as all of the animals graze freely and are not pumped with any sort of hormones or antibiotics, but wow, it’s a lot of meat. 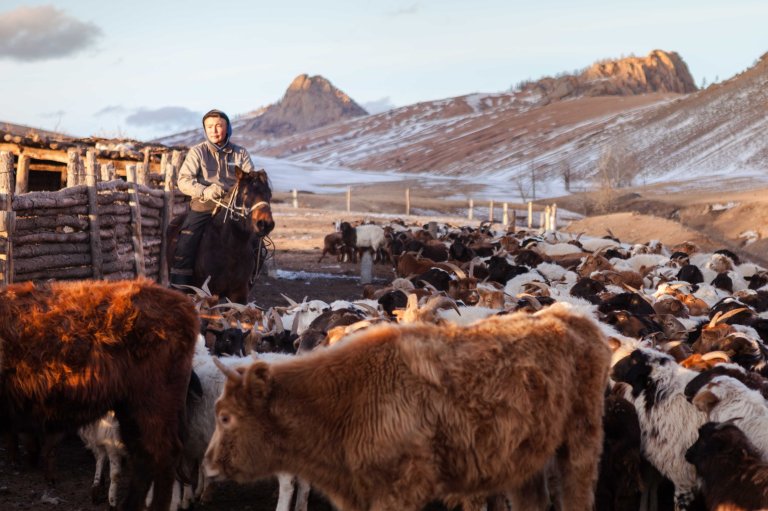 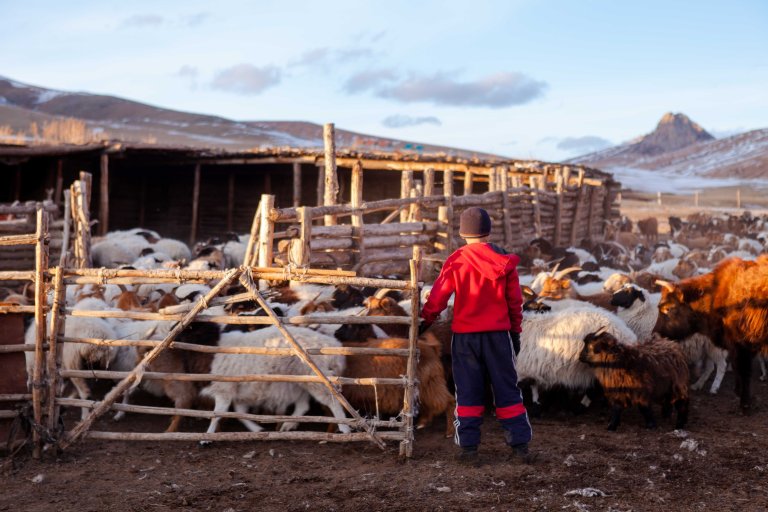 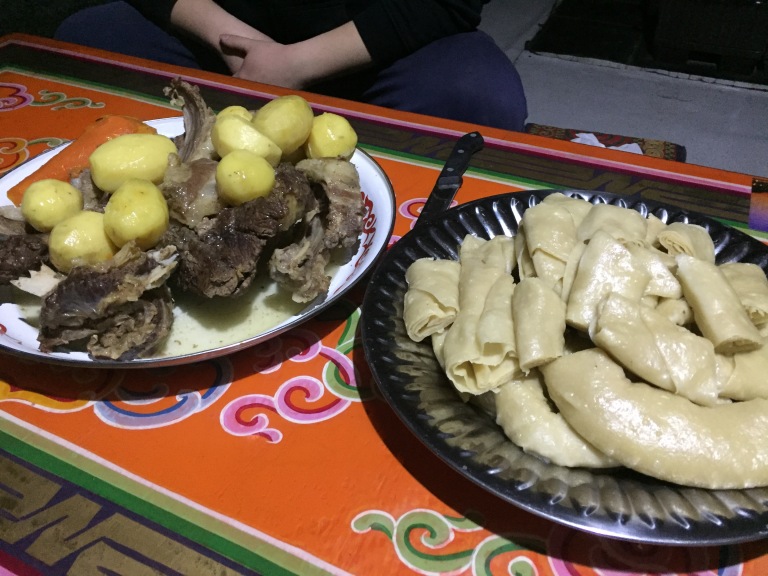 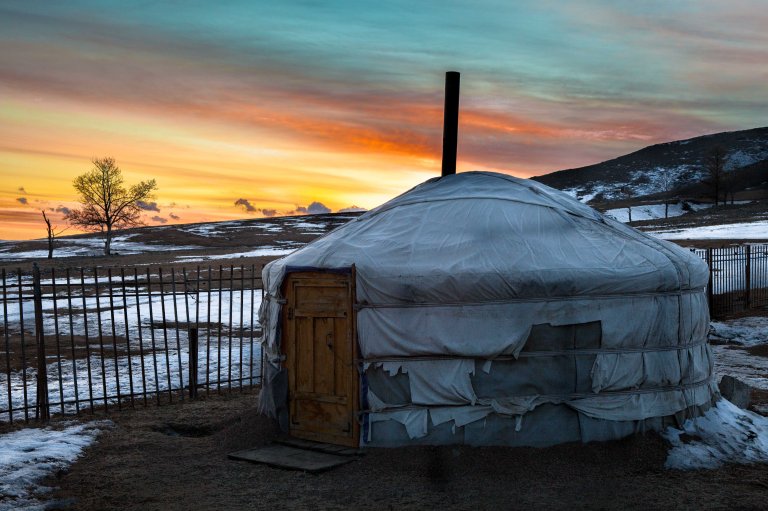 We were treated to a beautiful sunset before dinner and I was really hoping to try some night photography (and justify carrying my tripod around all of this time). After dinner, however, we decided to play some ‘shagai click’, a game comprised of flicking the ankle bones of goats and sheep in a particular order, and by the time we finished the sky had clouded over. I decided to set my alarm for midnight anyways just on the off chance that it would clear. I was glad that I did. 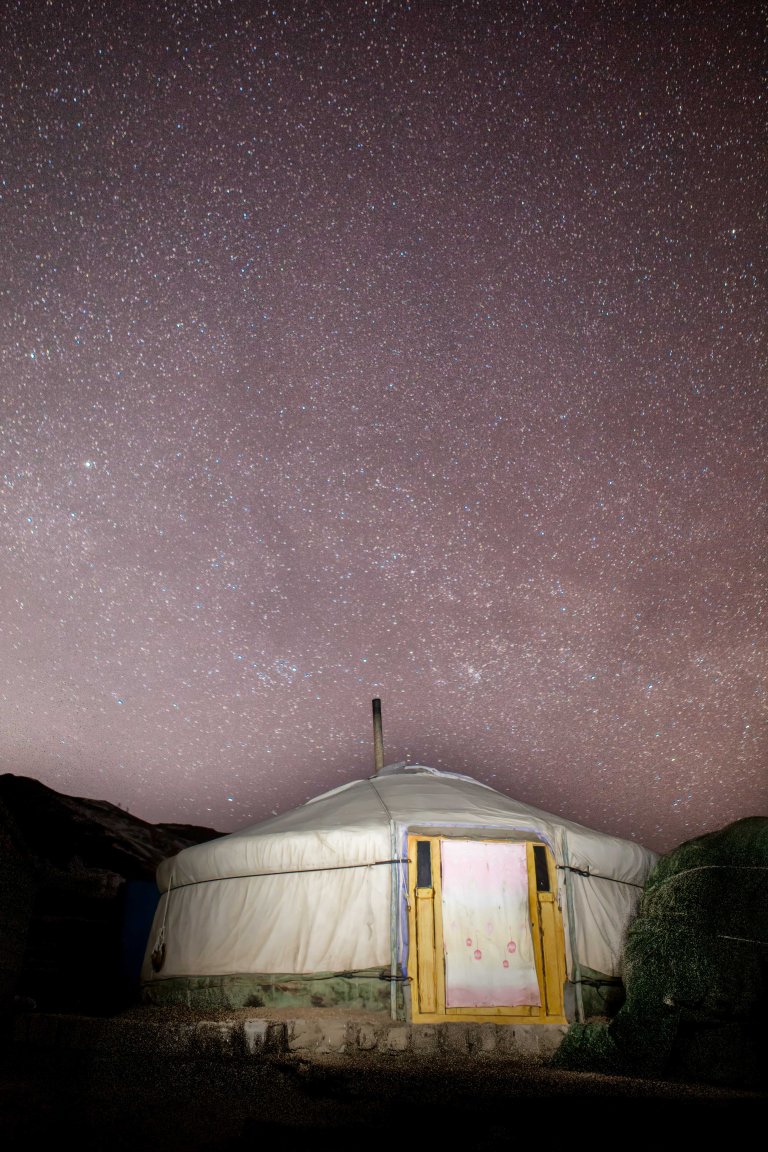 The next day we visited the Genghis Khan Equestrian Statue on our way back to UB, 40m tall and in the Guiness Book of World Records. Alongside meat, Mongolian’s revere Genghis Khan and it’s pretty cool that they have such an amazing monument to his legacy. 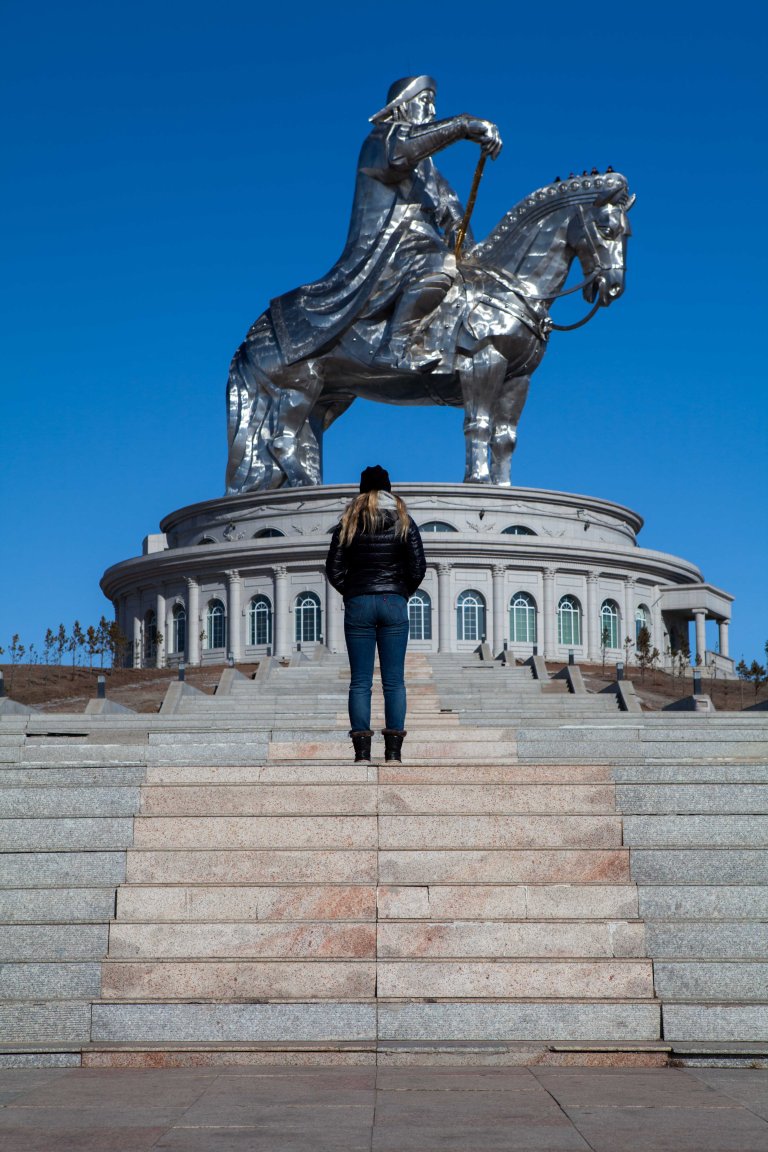 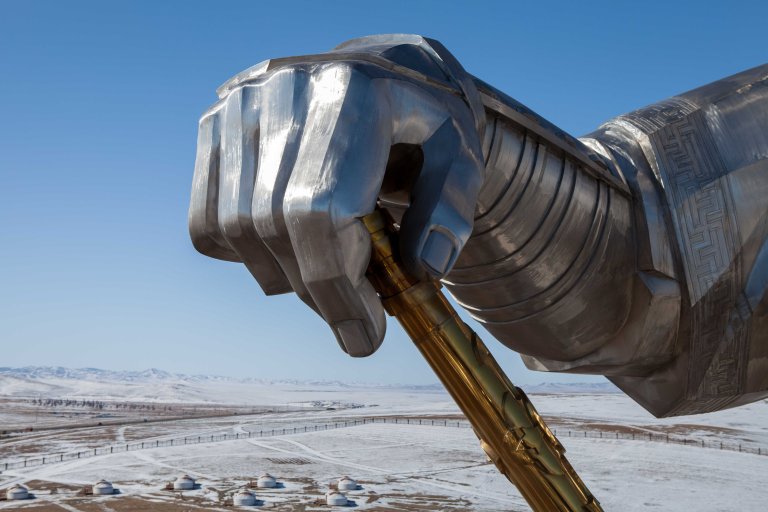 Afterwards we headed back to UB. I won’t lie, the city itself didn’t hold any interest for me at all, but I would love to return in the summertime and head out into the Gobi desert. All told it was a great intro to this leg of our trip, and a positive indication of things to come.